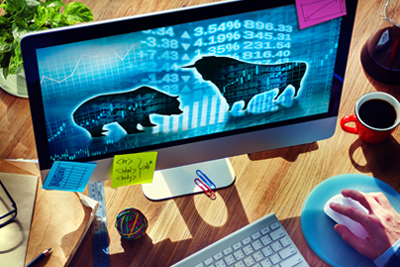 Should You Be Worried About Inflation Right Now?

Concerns about the unprecedented economic downturn following the COVID-19 pandemic have dominated headlines for more than a year. But as vaccination numbers continue to rise and life begins to feel normal again for many around the country, the economic conversation is beginning to shift from recession to recovery—and even a potential overheating.

Indeed, the core inflation rate, a measure of inflation which excludes the more volatile food and energy components, increased nearly 1% in April, its highest month-over-month gain since September 1981. This surpassed most economists’ estimates and sparked debate about near- and long-term inflation.

Of course, while April’s data was higher than expected, many people were anticipating an increase in inflation as the economy recovers from the severe short-term recession caused by the pandemic. After all, we have seen historic economic stimulus from the U.S. government, as well as our central bank, the Federal Reserve (Fed).

It is likely that inflation remains elevated for the remainder of 2021. This is a matter of simple supply and demand. Increased stimulus and continued economic reopening have resulted in higher levels of consumer spending, which has lifted demand for consumer goods and services.

We are also seeing supply-and-demand pressures in specific pockets of the economy that can be attributed directly to post-pandemic behavior.

For example, lifestyle changes, such as more frequent remote working, have resulted in many individuals and families seeking to relocate, sending demand for homes—and, in turn, home prices—significantly higher. Likewise, more Americans are driving cars rather than taking public transportation, which has sent car prices higher. Certain supply chains are struggling to keep up, and prices of underlying materials—like lumber and computer chips—are also on the rise.

With all this in mind, it makes sense that inflation rates are heading higher in the short-term. The big debate is really whether heightened inflation will continue beyond 2021.

Right now, many economists, including the chairperson and governors of the Fed, believe that current inflation is “transitory.” They believe that once the pandemic is fully behind us, consumer spending will cool and structural forces—including increased globalization, an aging population that consumes less and further technological advancement—will resolve the current supply-and-demand headaches.

On the other side of the debate, some economists suggest that a shortage in labor will result in a lasting increase in wages, which might cause inflation rates to remain above 2% beyond 2021.

As you have heard me say many times, we do not try to predict the timing of recessions or higher rates of inflation. Our diversified investment strategy seeks to reduce risk and includes, among other things, our Inflation Protection Fund – I Series. But we understand that economic disruptions may have near-term adverse consequences for markets that could impact the value of the investments we steward on behalf of our participants and institutional investors.

Nevertheless, we remain optimistic about the outlook of the U.S. and world economies. We are long-term investors and are confident that our disciplined investment approach will help our stakeholders achieve their financial goals.