Through a process known as "shareholder engagement," Wespath urges global policymakers and corporations to administer sustainable practices and policies, which we believe will lead to greater financial security and improved investment returns. Shareholder engagement is the heart of our sustainable investment activities and a key element of our Invest-Engage-Avoid framework.

As fiduciaries acting on behalf of long-term investors, we must seek to understand how the companies in which we invest are positioned to address and benefit from environmental, social and governance (ESG)-related risks and opportunities. Wespath engages companies on issues that are material to shareholder value. These include climate change, human rights, board diversity and many more.

Wespath also supports like-minded investors engaging on key ESG issues and has partnered with a number of organizations working to bring greater transparency and sustainability to investors. For instance, Wespath is a member of the Climate Action 100+, a coalition engaging the companies contributing most to global industrial emissions. 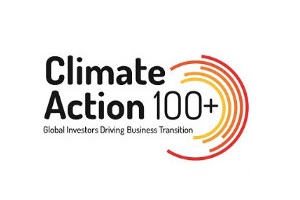 The Climate Action 100+ represents a combined $47 trillion in assets under management. Through this coalition, Wespath leads engagements with four companies and serves as a supporting investor in eight companies.

Our Investment Beliefs recognize that "engagement with corporations is a powerful process" that has the ability to add long-term value. These corporate engagements take many forms, including writing to company executives to alert them to issues, seeking resolutions to specific concerns, requesting meetings and dialoguing through face-to-face meetings and/or conference calls.

Sustainable investing guidelines like the United Nations Principles for Responsible Investment (PRI) help provide a foundation for our engagement work. We might also request that management adopt ESG disclosure frameworks designed by the Sustainability Accounting Standards Board (SASB), the Task Force on Climate-Related Financial Disclosures (TCFD) and other ESG-reporting groups.

Wespath conducts public policy engagement focused on how macro-level ESG issues affect the structure, function and governance of markets as a whole and how they affect investors’ interests. Public policy engagement may include supporting regulatory initiatives if, in the judgment of Wespath, such action will improve the long-term sustainability of fund performance.

For instance, Wespath’s Investments team has written to the Securities and Exchange Commission (SEC) regarding proposed rule changes related to the submission of shareholder proposals and the proxy voting process. It is important that these fundamental shareholder rights are protected so that Wespath can continue to engage corporations effectively. Wespath’s public policy statements are available here.

A Timeline of Engagement: Occidental Petroleum (Oxy) and Chevron

Wespath has engaged companies on climate-related issues for over 20 years. Recently, our focus has been on oil and gas majors, including Oxy and Chevron. Wespath worked with these companies and others to provide climate risk disclosures, which help our team understand their long-term resilience to an energy sector in transition, particularly in light of global efforts to support a shift to a low-carbon economy.

A Case Study in Board Diversity Engagement

Wespath supports diverse boards of directors and believes that a commitment to diversity in the boardroom is a key attribute of a well-functioning company. Board diversity demonstrates sound corporate governance and has been shown to improve business results.

Historically, Wespath has filed or supported resolutions at companies where board diversity lags industry standards, or where Wespath has previously communicated with the company or withheld director votes due to the board’s lack of diversity.

One such example is Wespath’s engagement with Entegris, a major global provider of materials and components used in the technology manufacturing industry. The company lagged its peers with regard to board diversity. After it failed to satisfactorily respond to our request for dialogue, Wespath filed a shareholder resolution asking management to include women and minority candidates in future director searches.

Shortly after the filing of the resolution, Entegris agreed to meet. The company affirmed its commitment to board diversity and agreed to amend its nominating policy to include the requested language. Wespath withdrew the resolution. The engagement underscores Wespath’s ability to leverage the tools and resources available to shareholders to quickly enact diversity policies.