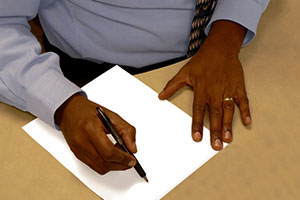 Wespath Benefits and Investments, on behalf of itself and its subsidiaries, including Wespath Institutional Investments, periodically writes letters to U.S. regulatory agencies and cosigns letters and position statements with other investors seeking to influence global public policy leaders.

May 16, 2022—Investor Statement on the Crisis in Ukraine

June 11, 2021—Letter to Securities and Exchange Commission Regarding Public Input on Climate Change

February 23, 2021—Global Investor Statement in Support of an Effective, Fair and Equitable Global Response to COVID-19

July 21, 2020—Letter to U.S. Financial Regulators Regarding Consideration of Climate Change as a Financial Risk

September 18, 2019—Securities and Exchange Commission Letter on Potential Changes to Rule 14a-8 9 (filing and/or rebubmission of shareholder proposals)

October 23, 2018—Letter to EPA and NHTSA Opposing an Easing of Auto Fuel Economy and Emissions Targets

May 1, 2017—Letter opposing Financial CHOICE Act of 2017 for potential to erode shareholder rights

January 10, 2017—Wespath joins the call for continued low-carbon investments and policies in the U.S.

November 16, 2015—A Letter from General Agencies of The United Methodist Church to COP21

June 19, 2013—Letter to U.S. Secretary of State John Kerry regarding the Accord on Fire and Building Safety in Bangladesh

September 15, 2009—Regarding the proposed “Proxy Disclosure and Solicitation Enhancements” rule

September 4, 2009—Regarding the proposed “Shareholder Approval of Executive Compensation of TARP Recipients” rule

Wespath must occasionally take positions on issues of importance to the Church that have an effect on our work in service to plan participants. We also publish statements to clarify misunderstandings when they surface regarding the nature and purpose of our retirement, health and welfare plans and programs.

A vitally important element of our investment strategy is our proactive and ongoing corporate engagement activities. This differentiates Wespath from other managers that claim that they are socially responsible and who rely exclusively on screening to avoid investments in companies that manufacture, distribute, or sell products and/or services that conflict with their clients’ values.

Our advocacy efforts, by contrast, complement the investment selection process. Guided by the Social Principles of The United Methodist Church, we believe that we can positively influence corporate business practices. We regularly review our investment portfolio to identify companies that could benefit from improved environmental, social or governance policies and procedures.

Wespaths advocacy program is an extension of our managers’ security selection efforts that include consideration of a company’s ESG policies. Working alongside like-minded investors to promote change, the ultimate goal of Wespath’s advocacy program is to promote long-term sustainable business practices that eventually results in greater shareholder value.

Along with other investors who share our values-driven approach, we employ a structured process to corporate engagement that starts with careful research of ESG issues and their implications for long-term corporate sustainability. We then develop a specific goal for the engagement and begin our advocacy effort. We are able to leverage the significant investments held by Wespath and other investors as management views the collective efforts of Wespath and its partners as an important source of information regarding best practices for establishing and monitoring policies related to ESG issues. Many of the conversations continue over several years and result in changes to corporate policy and business practices– clear evidence that advocacy can have a real impact on investment performance.

If attempts at direct dialogue are not productive, Wespath or its partners will file a public shareholder resolution to encourage action by the company. We use these resolutions as a way to elevate important issues before management, directors and other shareholders at the company’s annual meeting. A significant vote in favor of a resolution may prompt management to adopt new policies and/or improve current practices.